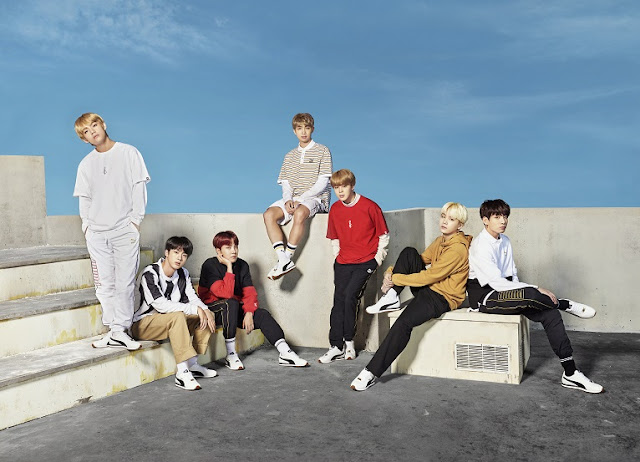 Global Sports Brand PUMA announces its partnership with world-renowned pop music icons BTS. The Seoul-based K-pop group comprised of V, SUGA, JungKook, RM, Jin, j-hope and Jimin have been making huge waves in the music scene and are adored by millions of fans from their home base to the far corners of the globe. 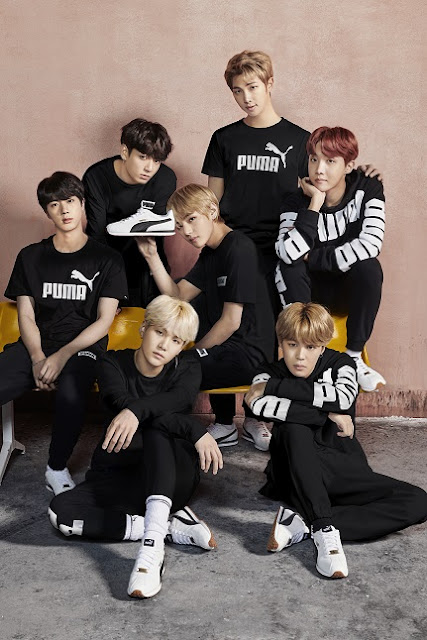 The young icons have partnered with PUMA in South Korea since 2015 on brand campaigns and product collaborations. This year, together with PUMA, BTS will release their collaborative product worldwide, which includes a remix of the classic PUMA Turin and stylish sportswear basics. PUMAxBTS collection will be first available in Korea this Spring, with other regions following up later this summer. In addition to the creation of the PUMAxBTS collection, BTS will be seen in PUMA campaigns this year for the brand’s


Sportstyle range, which includes classic PUMA icons such as the PUMA Suede and T-7 Track
Suits.
BTS won the ‘Top Social Artist’ last year at the Billboard Music Awards, one of the top three music awards in the United States, surpassing world famous artists. They were also officially invited to the American Music Awards (AMA) to perform on stage, being the first K-pop group to do so, increasing the reputation of K-pop music and culture. In addition, they released the remix album 'MIC Drop' last November, making it to 28th place on the 'Hot 100', the Billboard singles chart, in the United States, which is the top record for a K-pop group. BTS has been a great partner for PUMA and their innovative spirit, authenticity and creativity sync perfectly with the PUMA DNA. The PUMAxBTS collection will first hit stores in Korea this March and roll out globally in July. A follow up capsule to be released later this fall.