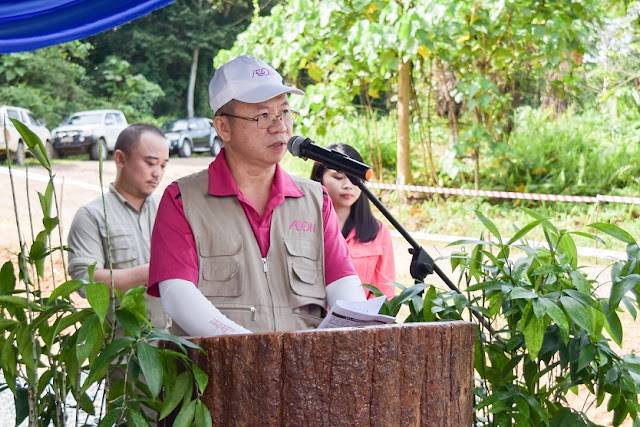 Conservation efforts by AEON CO. (M) BHD. together with the World Wide Fund for Nature (WWF-Malaysia) and the Sabah Forestry Department (SFD) came to a conclusion at the official handover of the initiative today. The handover was recommended after verification that the restoration efforts have led to some positive improvements of Bukit Piton, Class 1 Forest Reserve, including Blocks 111-10 and 111-18 of 77 hectares. 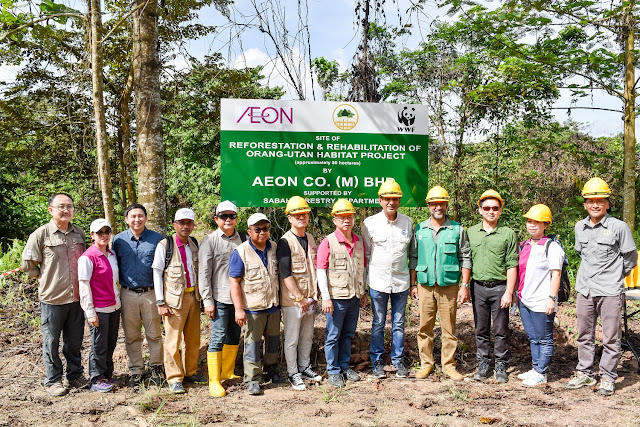 Bukit Piton, located at the northern part of the Ulu Segama-Malua Forest Reserve, fell victim to extensive logging, unsustainable practices and forest fires between 1959 to 2007, which resulted in a degraded ecosystem. In 2011, AEON CO. (M) BHD. partnered with WWF-Malaysia and SFD to restore the 77 hectares through the planting of various indigenous tree species with the hope of rebuilding habitats for orang utans. 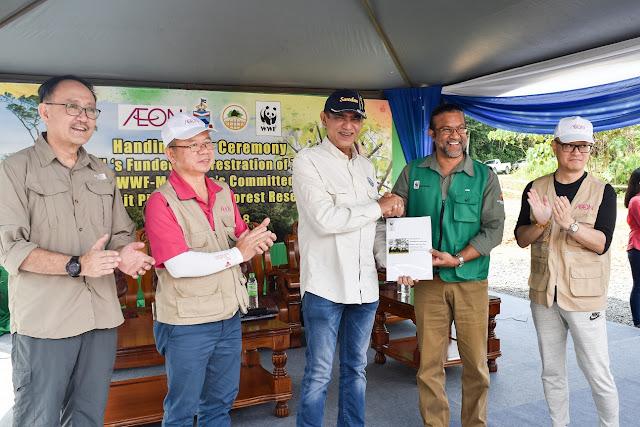 Poh Ying Loo, Executive Director of AEON CO. (M) BHD. said: “The driving force for this initiative was to restore what was once lost to loggers and natural disaster such as fire. A ripple effect from extensive logging left a hole in the ecosystem, leading to the destructive elements of nature that eventually depleted natural habitats. AEON, together with WWF-Malaysia and SFD, saw this as an opportunity to help wildlife and local communities. Together, we drove this initiative and devised a solution to restore these habitats and promote forest recovery.”

In 2005, WWF-Malaysia conducted a survey which revealed the alarming decline of orang utans in the Ulu Segama district . Isolated by the Segama River located south of the forest and oil palm plantations in the north, excessive logging brought about a habitat that deprived the orang utans from food, trees to nest and to receive shelter from adverse weather conditions, thus diminishing their survival rate.

One part of the project was to recreate a thriving environment for the orang utans by planting trees such as Laran (Neolamarckia Cadamba) and Binuang (Octomeles Sumatrana) to support the weight of the orang utans, as well as to sustain nesting.

Datuk Sam Mannan; Chief Conservator of Forests, Sabah Forestry Department stated: “Over the years of preservation, we have spotted more female orang utans with babies within the reserve. This is a positive sign, as it means that the orang utans now are able to source for food, breed, nest and build homes in the designated areas. In addition, the fact that the orang utans are in a natural setting means it ensures their survivability and eventually thrive in a maturing reforested area. We are very honoured to work alongside AEON and WWF–Malaysia to bring about this change for the better.”

As the key driver of the initiative, AEON invested RM 500,000 and planted more than 12,000 trees since 2011. The first 1,000 trees were planted by 300 school children, Malaysia Armed Forces and AEON volunteers towards the conservation of Bukit Piton. This is in line with its effort to extend its commitment towards the conservation of nature, and especially to protect and nurture a greener environment. AEON is committed to work towards a sustainable society with stakeholders, taking a leaf off its basic principles of “Pursuing Peace, Respecting Humanity and Contributing to Local Communities, Centred on Customers”.

“We must realise that Mother Earth is our home, and if we do not take ownership to ensure that it is well-looked after, then we will have no legacy left for our next generation. Because of this, AEON is motivated to cement an initiative towards ecological sustenance by continuing to take our tree planting initiatives to the next level,” ended Poh.