FEAST YOUR SENSES AT THE MOSCOW CIRCUS! 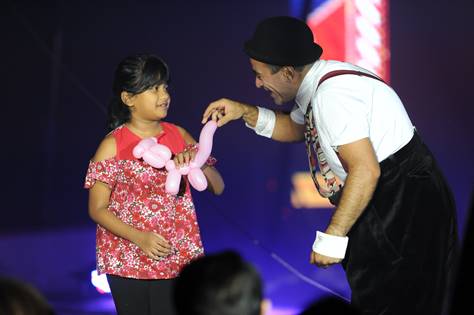 The time has finally come! The Moscow Circus Tour of Malaysia 2018/19 officially kicked off yesterday at Padang Timur, Petaling Jaya, with this first stop lasting from 10 August 2018 until 2 September 2018 before the circus travels up north to Penang in mid-September. 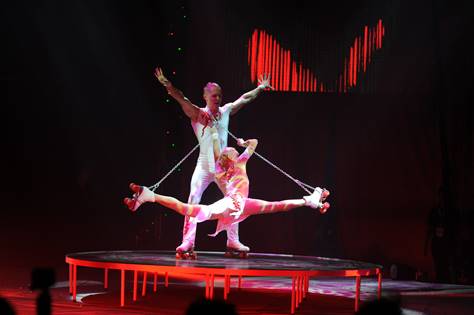 A special edition tour presented by Executive Producers Dato’ Sri G Radakrishnan and Yahna SG, together with Producers Kenneth Lee and Victor Pilipovich, The Moscow Circus is an action-packed, 8-month 10-city Malaysian tour which guarantees audiences an unforgettable time while witnessing a variety of dazzling and jaw dropping circus acts, specially flown in all the way from Russia. Proudly animal-free, each performance will take place under a 2,700-seater fully air-conditioned circus Big Top, the largest circus tent in Malaysia!

For over 100 years, Russian circus acts have been universally acknowledged to be the world’s pinnacle of circus arts, thrilling audiences around the world with dazzling performances that amaze, amuse and inspire. And now, for the first time in Malaysia, performers carefully handpicked from two of the best and most well-known Russian circus companies – the Bolshoi Circus (aka The Moscow State Circus at Vernadsky Prospekt) and the Nikulin Moscow Circus - will come together for a circus extravaganza on a scale never-before-seen in this country. 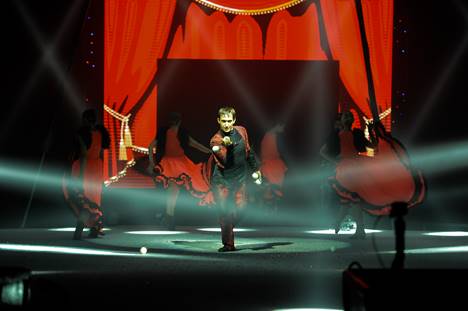 “We are truly excited to bring the spectacle of Russian circus to Malaysia”, says Kenneth Lee, Producer of The Moscow Circus Tour of Malaysia. “The group has prepared themselves mentally and physically to ensure they give a performance worthy of their country’s great name and we can’t wait to see more smiles and happy faces from the crowd in our upcoming shows that will happen here in Petaling Jaya and at Queensbay Mall (Carpark) in Penang.”

Those who attend can look forward to staggering, death-defying feats by aerialists, trapeze artists and Russian Swing acrobats, along with specially featured highlights such as a mesmerizing juggling performance by famous juggler Semion Krachinov, high octane roller skating from The Romanov Duo, mind-boggling illusionist acts by The Moskalov Duo, as well as nail-biting high wire walking by The Svezhov Duo, all held together by one of Russia’s most well-known clowns, Armen Asiryants, and the beautiful Ringmistress, Karina Peace.

Tickets to the show can be purchased at an affordable price from as low as RM50 and up to RM280 for top tier tickets from www.ticketpro.com.my. Part of the proceeds from the ticket sales will be donated to Tabung Harapan Malaysia, for the benefit of the nation’s growth and development.

Another noble cause by The Moscow Circus is bringing smiles to underprivileged children by giving them the opportunity to witness the show. By collaborating with the Budimas Charitable Foundation, the organisers welcomed over 260 children to the show on the 11th of August, treating them to a display of world-class circus arts that will sure live long in the memory.

Official Banking Partner, Maybank are offering card members up to 15% off Family Package tickets for the Petaling Jaya leg (valid until 2 September), while Maybank card members will also get to enjoy other benefits including TreatsPoints/Membership Rewards redemption, as well as a chance to win two (2) Premium B tickets with a minimum spend of RM1500!

For more information about The Moscow Circus, visit www.themoscowcircus.com.my.
Events