Posted by pamela yeoh on October 14, 2018
Popular dark fantasy series Supernatural makes an explosive return to AXN with the premiere of Season 14 on October 17. 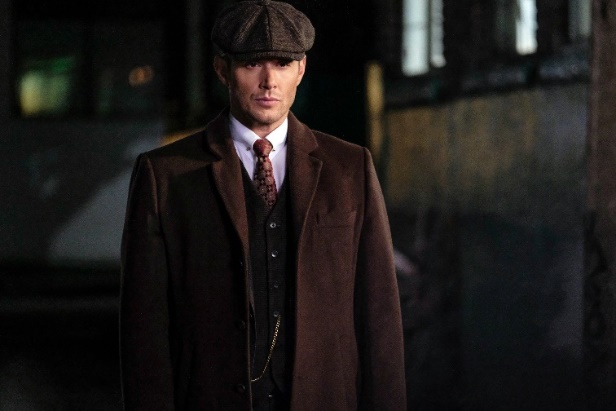 With Dean possessed by the archangel Michael in the finale episode of Supernatural Season 13, this new instalment begins with Sam enlisting everyone’s help to track down Dean, who can literally be anywhere. Meanwhile, Castiel may be in over his head after meeting up with an unreliable source. After being drained of his grace, Jack is adjusting to life as a human, learning new skills and figuring out how he fits in to this world of hunters.

“It’s challenging to write episodes without Dean Winchester in them because he’s such a fundamental part of the show,” said showrunner Andrew Dabb. “But it’s also exciting for Jensen and us to have the opportunity to play around with this new character. It gives some other characters a bit of breathing room in terms of Castiel and Jack, and Mary and Bobby.”

After the epic crossover in “Scoobynatural”, fans of Supernatural can look forward to other surprises this season, including an homage to their favourite slasher films and an appearance by the Wayward Sisters.

To find out the latest news on Supernatural and other exciting shows on AXN, visit @AXNAsia on Facebook.
Movie

“Wouldn’t it be nice to see the faces of these children light up when they know that there is someone out there who cares about them? A Time to Give – G Hotel’s annual charity programme is giving everyone that chance to make a difference in the lives of the Salvation Army children. Starting from the 28th of November, G Hotel’s glorious tree will be filled with the hopes and wishes of each child. Let’s make this Christmas a memorable one for them by picking out a card from the tree, buying a simple gift which ranges from school supplies, to toys, clothes, shoes  and etc, and placing the gift together with the card under the tree at G Hotel Gurney’s lobby by 16 December 2019. The magic begins with a gift from you. Thank you for making a difference and putting a smile on the face of this child.”

The subsidy programme for infant carrier car seats at only RM100 is now available for online registration, limited to 150 units only. Kuala Lumpur, 2nd December 2019 – BMW Malaysia aims to accelerate the adoption of child car seats through a subsidy programme as part of the BMW Safety 360° initiative. In collaboration with Childline Foundation and Safe ‘n Sound, 150 units of infant carrier car seats will be made available at a subsidized price of RM100 each. This is in line with the Malaysian Transport Ministry’s move to enforce the usage of child car seats starting January 2020. To encourage the adoption of child car seat usage, drivers will not be penalised for the first six months of enforcement but will receive warnings to install the seats. Harald Hoelzl, Managing Director of BMW Group Malaysia said, “With only 30% of drivers using child car seats for their children, it became more imperative for us as automakers to press on for child safety, regardless of the challenges