Disney’s Frozen – The Broadway Musical to have Australian debut in Sydney, July 2020 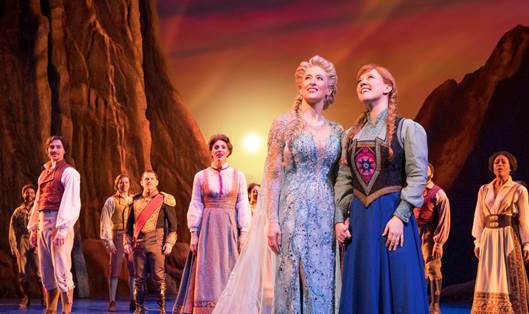 The NSW Government has frozen out interstate competition to secure the Australian premiere of Disney Frozen – The Broadway Musical, opening in Sydney in 2020. Premier Gladys Berejiklian said the announcement was a win for families and fans of the phenomenally successful feature film that has delighted audiences globally.

“Disney Frozen – The Broadway Musical is one of the most highly acclaimed and sought after musicals currently in production,” Ms Berejiklian said.
“The movie has a cult following, it is a global cultural sensation, and we are thrilled to have secured the musical adaptation for Sydney. It’s yet another example of this Government’s commitment to building a world-class calendar of events for NSW.

“We will continue to do all we can to secure premiere musicals. They are good for the economy, great entertainment and inspire our next generation of performers.” Minister for Tourism and Major Events Adam Marshall said the win was set to bring enormous benefits to NSW tourism.

“The seven month season of Disney Frozen – The Broadway Musical is expected to attract more than 73,000 visitors and deliver more than $46 million in visitor expenditure to NSW,” Mr Marshall said.

“Frozen is another in a long line of blockbuster musicals that the NSW Government has secured for Sydney, which include Charlie and the Chocolate Factory and Waitress in the last year alone.

“Disney Frozen – The Broadway Musical is sure to be a crowd pleaser and the massive tourism injection will put more heads on hotel beds, diners in restaurants, shoppers in boutiques and keep the NSW visitor economy strong.”
The new musical production by Disney Theatrical Productions made its debut in Colorado in 2017 before it premiered on Broadway last year, where it has grossed more than US$63 million to date at the box office.

Disney Frozen – The Broadway Musical will be presented at Sydney’s Capitol Theatre from July 2020 to January 2021.

Disney Theatrical Productions President and Producer Thomas Schumacher said the moment the lights came up following a 2013 screening of Frozen he phoned colleagues at Disney Animation to ask ‘when do we bring it to Broadway?’

“This creative team has created a glorious production and I’m delighted that Sydney, Australia will be its first international destination,” Mr Schumacher said.
Events