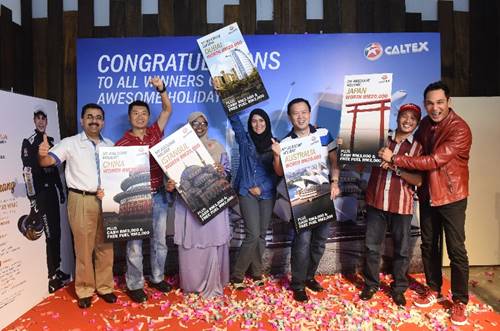 Maintaining the positive relationship with its customers, Chevron also announced its latest exciting initiative – the “Spend & Sweep” promo campaign, in partnership with local hypermarket chain MYDIN. From now until 15th March 2019, Caltex customers stand a chance to be one of the lucky 35 customers to win a shopping spree at MYDIN worth RM 3,000.