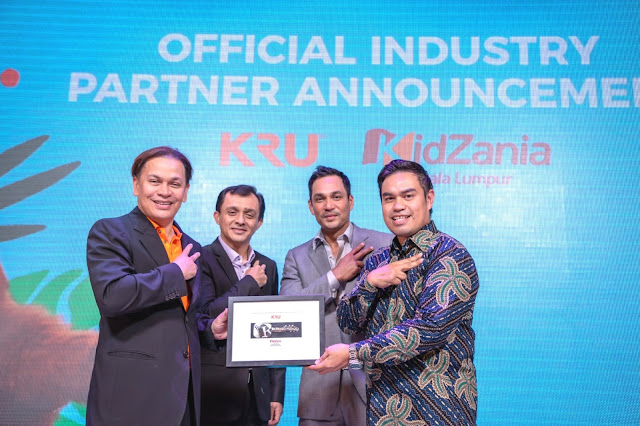 Visitors to KidZania Kuala Lumpur, the award-winning themed edutainment centre have yet another attraction to look forward to – an animation studio! This new development comes following an industry partnership between KidZania Kuala Lumpur and KRU Group, one of Malaysia’s leading media and entertainment outfits.

Amplifying the ‘Learn Life Today’ philosophy, the new KRU Animation Studio at KidZania Kuala Lumpur will encourage early stage exposure and learning of animation among children, equipping them with new skill sets for the future. 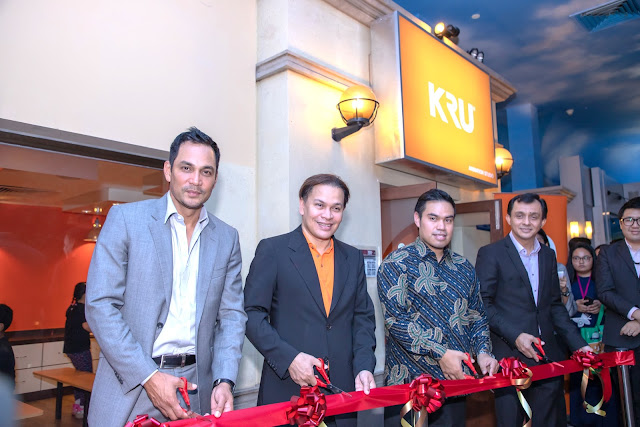 Commenting on the partnership, Shahrul Nizar Ahmad said, “We’re thrilled to have the KRU Group, experts from the creative industry jump on board with us on a mission to expand knowledge, promote values and develop skills among children.

“Children of this generation consume content from a very young age, whether it’s on the television, smartphone or tablet, and seeing that content and technology will remain to be the building block of the future generation’s career, why not broaden their aspirations and create a platform for them to experiment further. We’re certain having KRU Group on board will serve to enhance their learning experience,” he added.

With the opening of the KRU Animation Studio, children will have the opportunity to learn how animation is developed from the start. Some of the activities that are introduced in the establishment include creating storyline and storyboard, designing and developing characters and doing voice overs for the characters they create.
Echoing his sentiments, YBhg. Dato’ Norman Abdul Halim said, “The partnership couldn’t have happened at a better time seeing how the content creation industry has evolved and proliferated. We are thrilled to embark on this endeavour together with KidZania Kuala Lumpur as this will give KRU an opportunity to contribute to the industry through shaping and educating the young ones.”

“We cannot deny that children today are among the biggest content consumers and some of them are successful creators themselves. As such, we see this partnership as a natural one and we are determined to ensure its success by infusing our industry knowledge, experience and involving our new intellectual property ‘Zan Orangutan’ as part of the activity in the establishment.” YBhg. Dato Norman said.

To formalise the partnership between KidZania Kuala Lumpur and KRU Group, YBhg. Dato’ Norman was presented with the ‘Key to the City’, a symbolic honour traditionally bestowed by a city upon esteemed individuals.

Meanwhile, highlighting the value of the partnership to the growth of the creative industry, YBhg. Dato’ Hans Isaac said, “This partnership is certainly a big leap forward in securing a bright future for creative arts such as animation and production in the country. For one, it provides early exposure to very young kids, which not only instils interest, but also equips them with the necessary skills which can be further nurtured and honed as they grow older to produce high quality calibre talents in the future that will propel the industry forward. It is quite exciting, indeed, and I’m keen on seeing the amazing possibilities and outcomes this partnership can bring out.”

The ceremony was also attended by some 30 children from Pusat Jagaan Telaga Kasih Nur Muhammad, Rumah Amal Kebajikan Asnaf Anak Yatim upon invitation by KRU Group, as part of its CSR outreach programme. Prior to the partnership ceremony, the children enjoyed a field day experiencing KidZania Kuala Lumpur’s unique offering of interactive learning and real-time job role play in the fully functioning child-sized city, complete with buildings, a functioning economy, recognisable destinations with local and multi-national sponsored and branded establishments.
During the ceremony, the children were also presented with duit raya and a token of appreciation, before they joined other attendees at the ceremony in a buka puasa dinner held at the premises of KidZania Kuala Lumpur.

For children keen to delve deeper into animation, they have the option of enrolling into KRU Group’s AfterClass programme by KRU Academy which targets pre-school, early primary and advanced primary school students.

The AfterClass programme aims to create awareness, promote interest and develop skills in art and animation production through a platform which provides a solid foundation for creativity and art appreciation. Participants are given vast opportunities to express their ideas, imagination, emotions, observations and experiences during their learning process, which in turn also enable them to experience the joy of artistic expression.