In just a few years, Mobile Legends: Bang Bang (MLBB) has evolved into a sweeping worldwide phenomenon. With over 500 million downloads and 75 million monthly active users in 139 countries, the multiplayer online battle arena (MOBA) game has secured its spot as one of the most popular mobile games in the world. Now, all eyes are on MOONTON as it unveils its upcoming plans for the Mobile Legends franchise in MOONTON Epicon 2019: The Future Begins Global Conference.

To be held on the 18th of July 2019 at Connexion Conference & Event Centre at Nexus, Kuala Lumpur, MOONTON, the developer of Mobile Legends: Bang Bang will utilize its inaugural annual global conference to announce its expansion plans for its Mobile Legends’ franchise, its strategies on developing the emerging esports scene worldwide, as well as discuss and reflect on its past successes and history. Overall, there are lots to be anticipated for those at the conference and at home.

Fans of the Mobile Legends franchise have much to look forward to as new tantalizing details will be revealed on the Mobile Legends: Bang Bang version 2.0, an extensive update to their flagship game, which includes enhanced visual layout, faster engine and improved gameplay experience. Best of all, gamers will get a look at the brand new heroes that will be available in the update and the unique skills and abilities that will come with them.

However, that’s not all. MOONTON will also share exclusive information and preview on its highly anticipated sequel, Mobile Legends: Adventure, an idle RPG strategy card game, which will be made available to gamers at the end of July 2019. Mobile Legends: Adventure allows players to take control of up to five heroes in positional battles in this quick casual play designed for short leisure periods. While minimal internet requirement and low storage consumption, gamers are up for a fun experience and consistent rewards via an auto farming system. 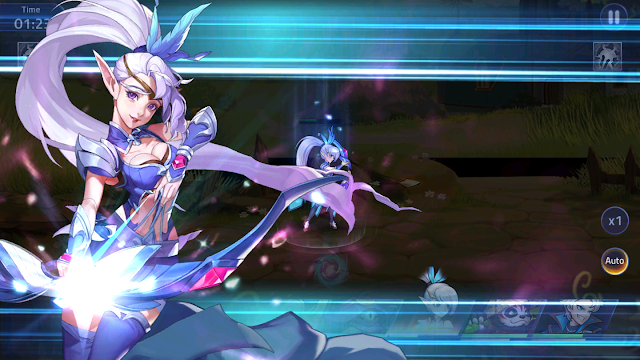 Moreover, as a notable player in the global gaming scene, MOONTON will be expounding on its plans of expanding the global esports industry and collaborative efforts to bring it to newer and greater heights in 2020 and beyond. This will include talks on future ventures in more esports tournaments such as the Mobile Legends: Bang Bang World Cup and significantly, their participation in the anticipated 2019 Southeast Asian Games. Also, the announcement of new business partnerships, IP collaborations and upcoming market plans.

So, stay tuned for all the exciting news to be announced on July 18th 2019 at MOONTON’s Epicon 2019 - The Future Begins global conference! And, don’t miss out on the progress of the most anticipated sequel to the biggest mobile game in the world – Mobile Legends: Bang Bang. Follow Mobile Legends: Adventure’s Facebook page at https://www.facebook.com/MobileLegendsAdventure/