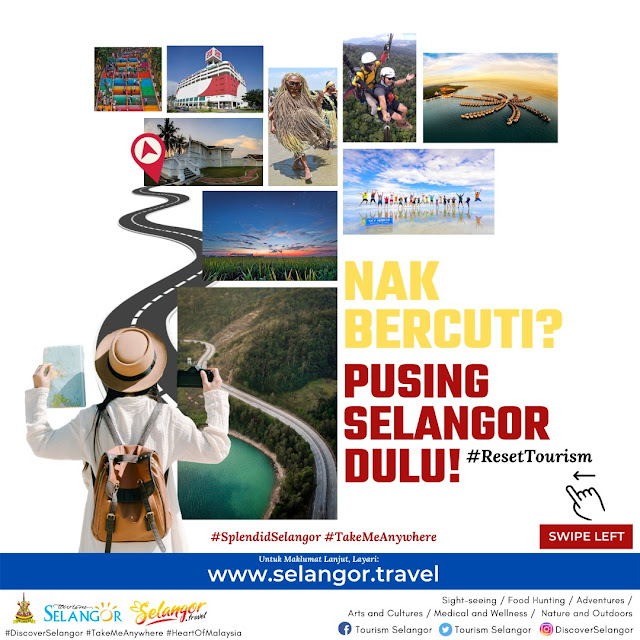 Covid-19 pandemic has brought upon severe impacts on service and business industries on a global scale, and the tourism industry is undeniably one of the most-affected. There are at least 3 hotels in Selangor which have ceased operations, while some choose to put their operations on-hold. Hotel occupancy rates are expected to reflect only at 40% and the remaining hotels post Covid-19 have to brace operating without profits until the end of the year.

Tourism is a prominent industry with Selangor itself managed to record a total of 7.62 million tourist arrivals in 2019; a 5% increase from the previous year. According to the official 2019 Domestic Tourism Survey Report from Department of Statistics, Malaysia, Selangor was ranked first in regard to the total of domestic tourist arrivals with a staggering 33.6 million arrivals, followed by Kuala Lumpur (22.6 million), Sabah (22 million), Perak (21.1 million) and Sarawak (19.8 million).

The Selangor State Government through its official Tourism Promotion Board, Tourism Selangor is pulling-off a gear-five in rebuilding the tourism industry post Covid-19 with the “Reset Tourism” vision and notion. Some of the initiatives include the execution of the Domestic Tourism Campaign, “Pusing Selangor Dulu” which gives emphasis on the domestic market following the official announcement by the Ministry of Tourism, Arts and Culture (MOTAC) on June 10th on the re-opening of domestic tourism. 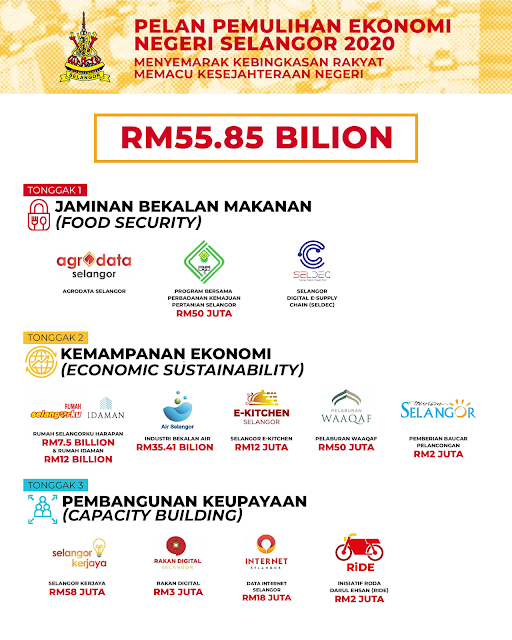 Some of the initiatives to foster the Campaign include optimum utilisation of the digital platform and social media sites, collaboration with local and international Media for Media FAM Trip programmes, cooperation with tourism industry players to promote travel discounts and promotions, outdoor billboard and unipole Out-of-Home advertising, the development of new interesting travel packages, and the execution of tourism events with the scale and capacity set and permitted by Majlis Keselamatan Negara (MKN).

“The Movement Control Order (MCO) has caused a severe impact on Selangor’s tourism industry, and the effects are significant to industry players, including hotel and homestay operators, theme parks, airlines, cruise companies and travel agencies. In the effort to rebuild the State’s economy, we have to work hand-in-hand to foster domestic tourism in Selangor, towards highlighting Selangor as a safe travel destination to many”, Dato’ Seri Amirudin Shari said while announcing the Package at the Selangor Legislative Assembly, sitting on Monday.

“The Selangor State Government has agreed to offer a tourism voucher subsidy worth RM 2 million to be of use at hotel premises, theme parks, and licensed homestays registered with Selangor’s local authority. The State Government has also agreed to approve a one-off special incentive of RM 1,000 to tourist guides, homestay operators and Selangor Community Hosts, with a total allocation of RM 600,000”, Dato’ Seri Amirudin Shari added.


“Tourism Selangor’s Domestic Tourism Campaign, “Pusing Selangor Dulu” has started to become an eye-opener and has by far received positive reactions from the public. Aided by the many initiatives undertaken by Tourism Selangor, the Campaign is hoped to bring forth a significant impact onto the economic growth of the State’s tourism industry”, Encik Azrul Shah added.
Tourism Selangor has set a new tourist arrival target, in line with the ‘Reset Tourism’ vision and notion at 6 million tourist arrivals in 2020. With Pusing Selangor Dulu Campaign climbing on the popularity among domestic tourists, the target will most-likely be materialized with a prominent contribution by the domestic tourists.