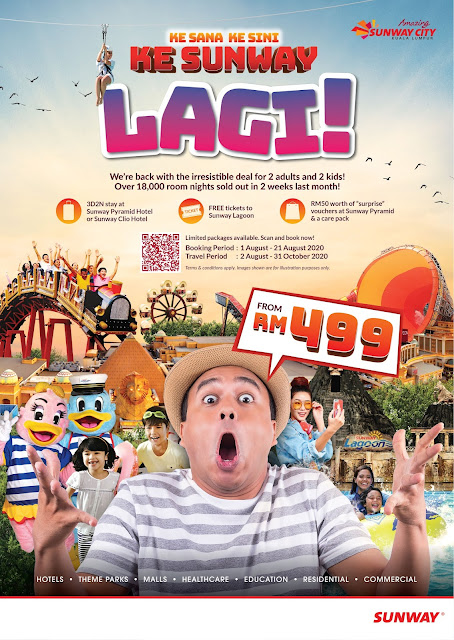 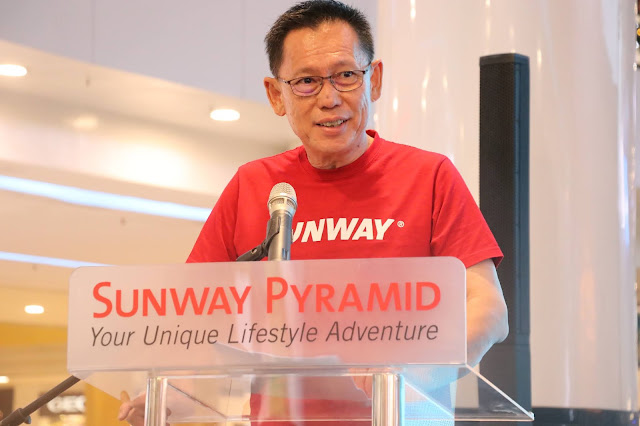 The first campaign, from July 6 to 20 this year, saw sales exceeding 18,000 room night stays at Sunway City Kuala Lumpur – up 80% from its initial target.

“There will be a significant multiplier effect. Apart from the direct contribution of more than RM5 million from reservations seen in the first package deals, a sizeable indirect RM15.5 million followed from other discretionary spending across the three said businesses,” he added.

Visitors are reminded that effective August 1, Sunway Lagoon will be closed every Tuesday. The package deal will be available at www.sunway.city/kesanakesini

“From our analysis, the campaign’s success is largely attributed to Sunway City Kuala Lumpur’s synergistic integrated development enabling an all-in-one tourism destination but with the same safety protocols applied throughout all premises. This is an important safety assurance to ease one’s mind,” said Chan.

The results are in line with Tourism Malaysia’s survey conducted earlier that highlighted 50.9% of respondents believing travelling within the country is safer after the movement control order (MCO).

The domestic tourism package at Sunway City Kuala Lumpur was part of Sunway’s tourism offerings to kick-start the tourism sector, providing it with some relief after a prolonged period of inactivity due to the MCO.

For this year, the local tourism sector’s losses are estimated at RM45 billion after the country’s borders’ closure.