“It’s really difficult to get it!” – HUAWEI Mate40 Series sells out like “pisang goreng” upon sales launch in China 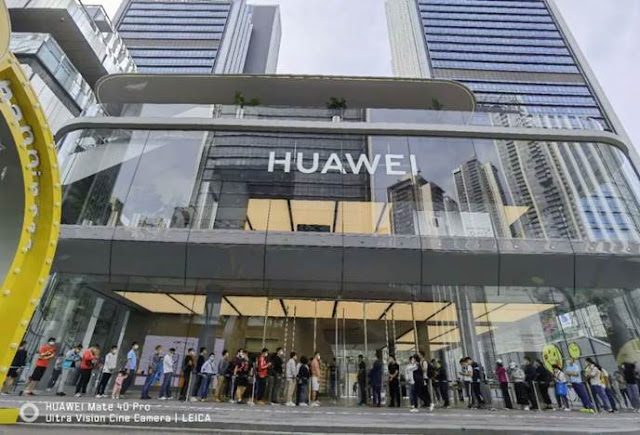 The newest additions to the HUAWEI family also recorded sold out units on official HUAWEI e-commerce platforms, marking users’ continued trust in HUAWEI and the products they deliver.

“We are truly honoured to receive continued support from our users. Just ten years ago, HUAWEI had only 1 million users. Today, we’ve reached the milestone of having 1 billion HUAWEI users, in which a vast majority of 700 million are smartphone users,” said Richard Yu, HUAWEI Consumer Business Group (CBG) CEO. “While we continue to face our fair share of challenges, we are fairly confident that we’ll be able to pull through, driven and motivated by the support of our consumers.”

In 2019, HUAWEI recorded over 240 million smartphones shipped globally, beating shipments of more than 200 million in 2018 . The HUAWEI P30 Series and HUAWEI Mate30 Series together recorded an increase of over 50% Y-O-Y compared to 2018. Research firm Gartner also reported that HUAWEI is the only one of the top-five global smartphone vendors to achieve double-digit growth in smartphone sales in the third quarter of 2019.

One of the world’s fastest growing online publishers focused on topics including markets, technology, energy and the global economy, Visual Capitalist, reported that HUAWEI tied first with Samsung in having 20% of market share for smartphones , with Apple standing at 14%, Xiaomi at 10%, OPPO at 9%, VIVO at 8% and Lenovo at 3%.

Launched on 22nd October, the HUAWEI Mate40 Series showcases the pinnacle of HUAWEI technology, the new series reinforcing HUAWEI’s dedication to innovation and its unrelenting determination to create the best Mate ever. Designed to enable users to leap further ahead, the HUAWEI Mate40 Series promises an all-new user experience, set to revolutionise how users integrate smartphones into their lives.

Don’t forget to keep yourself updated with more information on the all-new HUAWEI Mate40 Series and other amazing HUAWEI products by staying tuned to HUAWEI’s Facebook page at www.facebook.com/HUAWEIMobileMY.