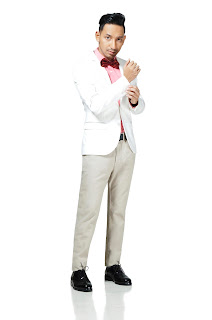 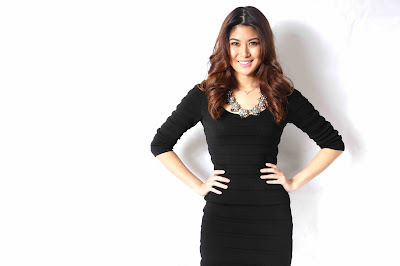 Most Malaysians know Zizan Razak, the actor-cum-entertainer; and Elizabeth Tan, Malaysia’s YouTube sweetheart-turned-singer. But few really know their little personal quirks, let alone how much they have in common! Here are 11similarities they share between each other and 11street!

#1: Babies in the Family
While both Zizan and Elizabeth are the youngest siblings in their families, 11street Malaysia is also the youngest! After the success of 11street in Korea, they expanded to Turkey in 2013, then Indonesia in 2014 before arriving in Malaysia on April 11th 2015.


#2: Love for Movies
Zizan has been featured in over 23 movies, such as Cicak Man 3 and Police Evo. Elizabeth’s debut role was in Menghonjang Makhluk Muzium where she portrayed an Indiana jones like character looking for Dracula! 11street loves movies too – and you can purchase TGV tickets on the website or mobile app at special prices!

#3: Feline fascination
Zizan and Lizzy both love cats! Lizzy thinks cats are mysterious and all they really want is human affection. On the other hand, Zizan is still mourning the passing of his beloved Kelabu who went to kitty heaven early this year. If you share their love for pets, drop by 11street to purchase pet food, accessories and treats for your fur kid!

#4: Music
Can you rhyme like you have no time at a drop of a dime? Well, Zizan can! Our local brand ambassador loves rap music and he’s been in several music videos featuring Kaka, Infiniti Cintaand Bawaku Pergi. With a beautiful, soulful voice, Lizzy has melted many Malaysian hearts en route to captivating her fanbase on YouTube with more than 150,000 subscribers! Whether you’re into rap or soul, you’ll find all the tools you need to showcase your talents – from noise cancelling ear pieces, to music cd’s and even musical instruments – all on 11street!

#5: Instruments
If you’ve seen any of Elizabeth’s music videos, you’ll know she loves the ukulele! She received her first ukulele when she was 19 and still plays it till today! What about Zizan? Well… he would love to “be” a tambourine! Why? He says it’s because it’s rarely used but important to a song because it controls the tempo and adds a joyful flavour! Regardless of whether you’re into ukuleles, guitars, keyboards (or tambourines!) you’ll find them all at 11street!

#6: Burgers
Zizan is an avid lover of food, listing Burgerbyte as his favourite joint. Lizzy also felt the love for burgers when she was recently surprised by Big Mike Burgers –but it was actually an ice cream cake shaped like a burger! If you thought you couldn’t find food online, think again! At 11street, we fulfill every bite of your burger cravings. You’ll find the lowest price guaranteed set deals for burgers, burger patty pressers, meat grinders and more.

#7: Travel
Being an avid traveller, Zizan has travelled across Europe but what made him miss Malaysia the most was when he realized that toilets in Paris didn’t have bidets! Elizabeth spent most of her university years in Texas where she honed her craft. In fact, she has shot a music video all the way in Australia!

Let 11street brings you to your travel desitnation dream at affordable prices. We offer multiple travel packages for those with wanderlust, to places like Bangkok and Shanghai at the lowest price guaranteed.

#8: Hobbies
Zizan’s hobby is collecting shoes! From his favourite Supra’s, Vans and Nike’s, he has enough pairs of shoes to wear each pair a day for the rest of the year! Elizabeth is a bit of a collector too. She collects plush toys! She has an array of stuffed toys and all of them have names (Her favourite is a grey hippo named  Hyppo!). 11street can also help with your hobby needs. From Star Wars memorablili to Gundam figures and Drones, 11street has an exceptional variety of collectors’ items specially for people like you!

#9: Vroom vroom
The love of sporty vehicles excites the inner speedster in both Zizan and Lizzy! Zizan drives a Mitsubishi Evo 10 M7 and dreams to own a Lamborghini Aventador LP 750! Elizabeth also likes to go fast! During her free time, she frequents go-karts and drift-kart tracks to fuel her need for speed! Whether it’s cars or motorbikes, 11street has all the necessary accessories that users desire. You can even purchase a motorcycle online! How cool is that?!

#10: TV Shows
Raja Lawak was one of the most popular shows in Malaysia and although Zizan came in second in its first season, his witty jokes and comic acting got him a job to co-host it for the next five years! Like many young people, Elizabeth loves Korean dramas, especially Running Man, and it has proven to be very, very, very addictive among Malaysian audiences! 11street provides the ability to watch TV shows online through various TV boxes that allows airplay through your TV! They also sell various TV memorabilia from various shows like The Flash, The Office and Running Man.

Through spending a minimum of RM11 on 11street’s mobile app, the “Fly High LIKE A STAR with 11street” competition winners will get to soar above Kuala Lumpur’s skyline in a helicopter before being whisked in a limousine to a secret dinner destination to dine as Zizan and Lizzy’s special guest!

So, don’t forget to gab your chance to win an unforgettable dinner date with the both of them!

For more information on 11street products or other variants of the products mentioned, please visit www.11street.my or visit their Facebook page at www.facebook.com/11street.my for more details.
Advertorial