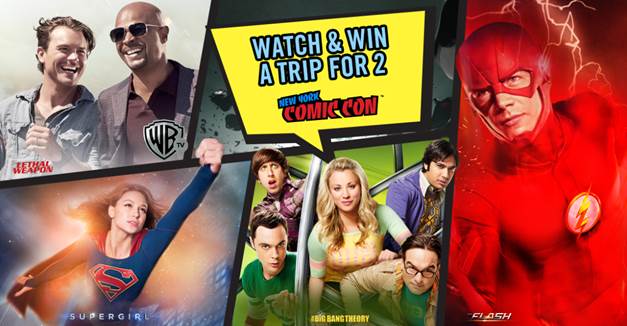 Warner TV is sending two SUPERFANS on a trip New York to attend one of the worlds biggest and most exciting pop culture events -  New York Comic Con (NYCC) 2017! Set to take place from 5 – 8 October, 2017, this is your chance to get a first look at some of the coolest launches from the US, and maybe even catch a glimpse of your favourite cast members from Warner TV's biggest shows - DC Legends of Tomorrow, iZOMBIE, Gotham, Arrow, Supergirl, The Flash and more!

All entries must be submitted via www.warnertvasia.com/NYCC2017. The contest period will start from 7 August – 6 September, 2017 and the winner announcement will be made on 11 September, 2017.

For more the latest updates on NYCC 2017, please check out the official website.
entertainment