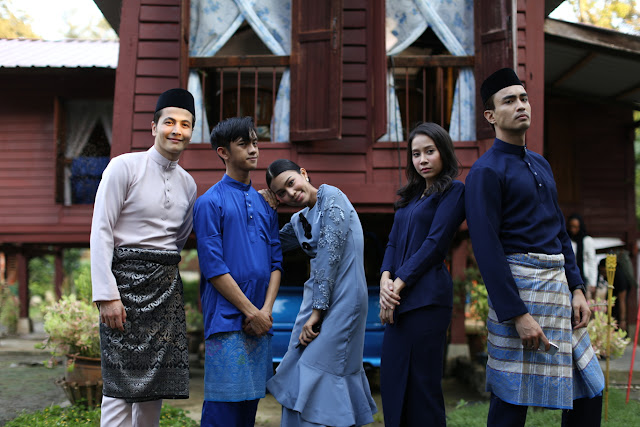 Both actors are in fact pairing as lovers in an upcoming mini-series, Amira Rose, bringing to the set a light-hearted appeal in celebration of Hari Raya. 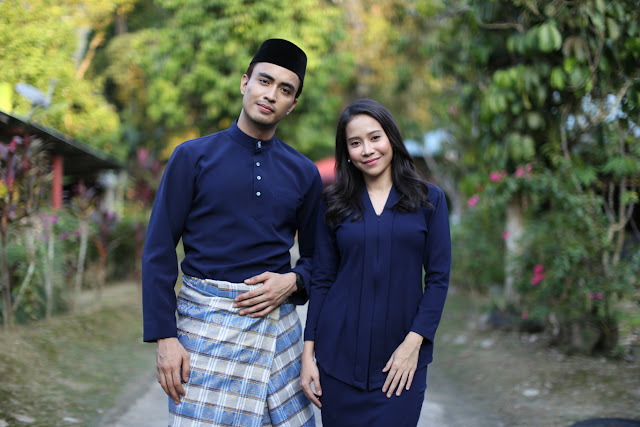 In Amira Rose, Aiman plays Rahman who is in a steady relationship with Farah’s character Amira. They both work with the same organisation as vloggers and writers. A few days before Raya, Rahman resigned to join a competitor. Feeling betrayed and heartbroken, Amira decided to leave Rahman behind and go on a trip with her colleague, Mun to celebrate Raya at Mun’s kampung.

There she met Amir, a good-looking cousin of Mun and could not help feeling attracted to him. Worried that Amira might break up with him, Rahman rushed to Mun’s kampung to win back Amira’s heart.

Commenting on his role in Amira Rose, Aiman revealed that his experience in this mini-series was rather refreshing.

“Working on this mini-series is relatively different. We had the flexibility to discuss and improvise on the storyline. It’s a simple story, but easily relatable to our everyday lives. I hope my fans and the audience will enjoy this light-hearted take on love and forgiveness that Amira Rose aims to spread this Syawal,” said Aiman.

Farah on the other hand was grateful for the fruitful year she had thus far, and Amira Rose would be the perfect Raya gift for her fans.

“I’m glad to be able to dedicate this to my fans who have supported me all this while. In fact, their response on the Amira Rose teasers has been nothing short of encouraging. I’m excited to see the wider outcome, especially with this opportunity to pair up Aiman for the second time on a drama series,” cited Farah.

The mini-series deliberately breaks away from the conventional format to bring viewers a different appeal towards Malay drama series. The production team successfully employs the elements of Korean drama series in many aspects from the character to the plot and aesthetic, while preserving the distinct charm of a traditional Malay kampung in the most atmospheric backdrop.

Presented by Samsung Malaysia Electronics in collaboration with Media Prima Television Networks, Amira Rose premieres with a 30-minute Raya episode on Sunday, 17 June 2018 at 11.15am on TV3. Six subsequent episodes of 10-minute mini-series will be aired on TV3 every Monday and Tuesday at 9.50pm from 25 June – 10 July 2018.